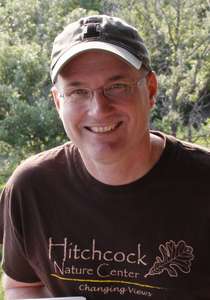 The Writing University hosts the 5Q Interview series with authors from the University of Iowa Press. We sit down with UI Press authors to ask about their work, their process, their reading lists and events. Today we are speaking with John T. Price. John T. Price is professor of English and director of the Creative Nonfiction Writing Program at the University of Nebraska, Omaha. He is author of Man Killed by Pheasant and Other Kinships (Iowa, 2012) and editor of The Tallgrass Prairie Reader (Iowa, 2014). He lives in Council Bluffs, Iowa.

1. Can you tell us a little bit about your new book All Is Leaf?

All is Leaf is a personal essay collection that explores the theme of “transformation” from my perspective as a parent, friend, teacher, writer, environmentalist, and citizen.  The title was inspired by the philosophies of 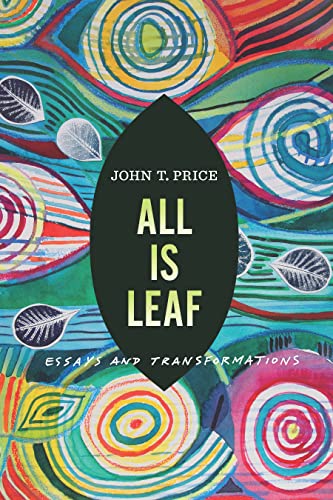 both Goethe and Thoreau, who believed that meaningful change and renewal are best embodied by plant leaves.  In that spirit, the essays here embody radically different forms and voices, all rooted in personal experience, but intended to reflect and respond to the rapidly changing nature of our times.   This includes a literary “rock-n-roll road song” dedicated to prairie scientists, a satirical “break-up letter” with America, and a series of imagined “pre-game pep talks” to my son’s high school football team about the challenges and possibilities facing their generation.  It also includes a portrayal of my father’s last effort as a small-town lawyer to defend the rights of abused women, and my own efforts as a nonfiction writing teacher to honor the personal stories of my students.  Whether set in my Iowa backyard or the edge of the Arctic Circle, focused on appendicitis or the planet Pluto, this book is intended to demonstrate the ways imagination and informed compassion can, as I say in one of the essays, expand thousand-fold the boundaries of what we might “have naively considered an individual self.”

2. Did you do any work on this book during the pandemic?

Almost entirely.  Some individual essays were published separately before the pandemic, but it didn’t all start to come together as a book until the spring of 2020.  That was a season of such incredible change, with all its attendant fears and hopes, which deeply influenced drafts of new essays and my revision of previously published material, even if they weren’t overtly about the pandemic.  The “ordinary” relationships we rely on every day, and which I’ve written about in all my books, became extraordinarily tenuous.  I felt compelled to address, as best I could, some of the big questions we were all asking about what it means to love—other people, certainly, but also places, communities.  Even other species.  How many Facebook posts during that time were dominated by photos of the pets and wildlife that kept us from sinking into despair?  We were also asking big questions about what it means to be a responsible citizen, about the need to speak out against medical misinformation, social injustice, ecological decline, and threats to our democracy and basic concern for one another.  These issues have always been significant, but I think the urgency was intensified during those years when we weren’t sure how many of us would see the other side of next week.  We’ve lost a million people and counting, all of them loved by someone, somewhere.  How could that not change the ways we think about one another? I address this directly in the final essay, “Pizza Night on Planet Fitness,” originally published in March of 2020.  It takes place during my last workout there on the verge of the pandemic shutdowns, and is a kind of love letter about our shared strengths and vulnerabilities as human beings.

3. Do you have any plans for readings or events for this book, either in person or virtual?

Regionally, my first reading event will take place in nearby Omaha at The Bookworm bookstore on Sunday, June 26, with a number of others to follow, including at Prairie Lights in Iowa City on Friday, July 29. I’m so looking forward to connecting with friends and making new ones through these events.

4. What are you reading right now? Any books from other university or independent presses?

At the moment, I’m finishing Azar Nafisi’s new book, Read Dangerously: The Subversive Power of Literature in Troubled Times.  In addition to being an important reminder of why literary art matters, her essays take the form of letters to her deceased father—an epistolary approach I’ve used in my own nonfiction.  I’m also re-reading a beautiful book published last year by the University of Iowa Press: The Ninth Decade: An Octogenarian’s Chronicle by Carl Klaus.  Carl was my dear friend and mentor during my time in the Iowa Nonfiction Writing Program, who unfortunately passed away earlier this year.  He taught me to love essays and essay writing, but also to love the life that made those essays possible—to be attentive and find meaning at every stage of our existence.  His book is a wonderful example of that philosophy, even as he faced the challenges of aging and cancer.  I’m so grateful he wrote it.

5. What is your writing routine? Do you have a daily routine?

You know, I used to have a daily writing routine, but then we had children.  So during the last 20 years of parenting I’ve had to be a little more flexible and forgiving when it comes to finding writing time.  Sometimes I’m able to write daily, sometimes maybe once or twice a week.  Sometimes that writing involves more developed compositions, sometimes it is just a few chicken scratches in the journal.  I used to be pretty hard on myself about not having that daily routine anymore, and I know others who have felt the same about their own writing schedules.  But I’ve learned to trust that whatever writing emerges from this more scattered process, it will reflect the essence of who I am now—which is the heart of creative nonfiction writing, as I see it.  Life is the subject of our work, and we need to live it.

Find All is Leaf at the University of Iowa Press.