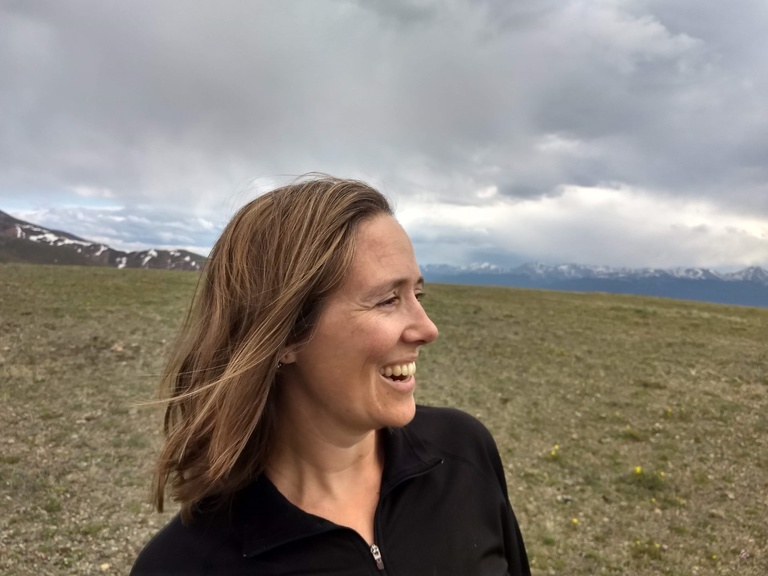 The Writing University hosts the 5Q Interview series with authors from the University of Iowa Press. We sit down with UI Press authors to ask about their work, their process, their reading lists and events. Today we are speaking with Arianne Zwartjes.

Arianne Zwartjes is the author of These Dark Skies—a semifinalist for the Graywolf Nonfiction Prize and the Tarpaulin Sky Book Award—which mixes personal narrative with arts commentary and research on constructions of identity, race, power, migration, and violence. She is the author of the lyrical medical-humanities book Detailing Trauma: A Poetic Anatomy (Iowa, 2012), and her writing has been awarded the Gulf Coast Nonfiction Prize and named a Best American Essays Notable Essay. Zwartjes teaches for the Sierra Nevada University MFA program; in her other life she has spent time as a wilderness-medicine instructor, an EMT, a motorcyclist, and a carpenter, and has spent years living abroad in China, India, Mexico, Israel, and the Netherlands. Visit her and her writing at ariannezwartjes.com.

1. Can you tell us a little bit about your new book These Dark Skies? 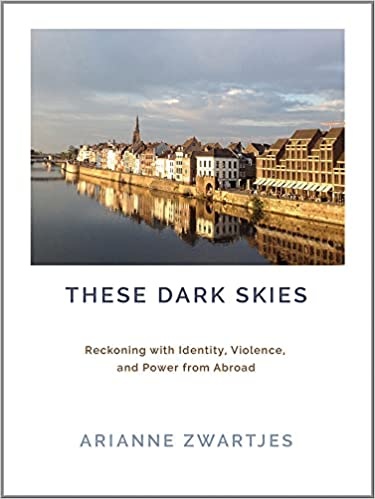 These Dark Skies is set in 2015-16 when my wife and I lived in the southern Netherlands, where my father’s family is from. That was also the year that hundreds of thousands of people arrived by boat on the shores of Greece—mostly fleeing the war in Syria, but also fleeing war in Afghanistan and Iraq—and that there were a number of terrorist attacks committed in Europe. It was a year of immense upheaval and chaos, and so many people were experiencing devastating displacement, taking immense risks with their lives to try to get to safety in Europe, and then being met with bureaucratic indifference or violent xenophobia...I felt I couldn’t not write about it. So the book explores both the transcultural aspect of my relationship with my wife, who is Russian, as well as what was happening around us in Europe in terms of a sudden increase in policing and border militarization, and the uptick in ultra-nationalist, homophobic, and xenophobic political candidates around the world (which we’re still seeing today, with Le Pen’s increasing popularity in France, Marcos’ election in the Philippines, Orban and Lukashenko in eastern Europe, and so on). The book also frequently uses visual art, performance art, and dance as ways to explore its overarching themes of identity, race, power, migration, and violence.

2. Did you do any work on this book during the pandemic?

I did. Most of the chapters of this book were drafted during the year we lived in Maastricht (the city pictured on the cover of the book), but they went through so many major revisions during the pandemic period as I continued to read and research, and as my perspective on the issues I was writing about became more nuanced and complex. Then there were two newer chapters I wrote entirely during the pandemic: a chapter on American exceptionalism and on intercultural learning, and the final chapter of the book, which is actually set during a trip I led with students to Yellowstone National Park, and in which I take comfort from the longevity of the geographic features and aspects of the natural world, even as I consider the calls by a variety of thinkers— from Jewish and Christian mystics to artist John Cage—for us as humans to expand our sense of identity beyond nations to include all humans and even the global biosphere.

In some ways the increased isolation during the pandemic helped me find the time I needed to finish the book, and I think it also magnified my thoughts on the issues and themes I was writing about, which were in many ways amplified by the pandemic: the inequality we saw in the US, in terms of health care access and work realities for BIPOC communities, and how that played out in terms of COVID cases and fatalities...the protests that swelled over the course of the summer after the murder of George Floyd...and then, the global inequalities we’ve seen in terms of vaccine access as well as what the reality of surviving a pandemic looks like for the many people around the world who can't just ‘stay home’ or survive a period of curfew if they want to continue to eat.

3. Do you have any plans for readings or events for this book, either in person or virtual?

Yes, I've got plans in progress for an in-person release reading on June 30th at 7pm PT here in Tacoma, where I currently live, as well as a virtual reading with Greenlight Books of Brooklyn (with co-reader Raquel Gutiérrez, author of Brown Neon) on June 21st at 7:30pm ET. I’ll have the links up on my website, ariannezwartjes.com, for that and any further virtual readings.

4. What are you reading right now? Any books from other university or independent presses?

Yes! To be honest most of my reading pulls from university and independent presses. I’m reading about 10 books right now—it’s been a hectic spring and I can’t wait for summer break so I can sit down properly with each of them! I’m reading Brown Neon by Raquel Gutiérrez (Coffeehouse), The Déjà Vu by Gabrielle Civil (Coffeehouse), Groundswell by Yanara Friedland (Essay Press), Trans(re)lating House One by Poupeh Missaghi (Coffeehouse), Queen in Blue by Ambalila Hemsell (U Wisconsin), Morgan (A Lyric) by Boyer Rickel (Gold Line Press), Patter by Douglas Kearney (Red Hen Press), and Unbearable Splendor by Sun Yung Shin (Coffeehouse). Oh, and Figure It Out: Essays by Wayne Kastenbaum (Soft Skull), and re-reading Borealis by Aisha Sabatini Sloan (Coffeehouse). It’s funny to lay out my reading list like this...Coffeehouse Press seems to figure pretty largely these days!

5. What is your writing routine? Do you have a daily routine?

It really depends on the time of year. During the summer, and breaks from school, I try to have a daily practice of writing, even if it’s just showing up and writing whatever’s on the top of my head...I end up compiling these enormous “freewrite” documents that I pull from later for essays and book projects. Or, if I’m working on a focused essay, obviously, I’ll spend three or four or five hours a day working on that. During the semester, I try to write a bit on weekends, and to do some reading, but I confess it’s usually not as focused or disciplined unless I’m working on something with a deadline!