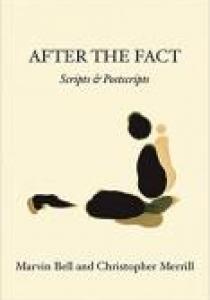 "The best conversationalists intuit and respond to unspoken questions and interstitial meanings, sidelong concerns and secret subjects. They also know how to listen to another's story and hear the line or inflection that calls forth their own tale in a way that enlarges, well, everything. Marvin Bell and Christopher Merrill's stunning epistolary paragraphs illustrate the inner workings of just such an intimate, agile, and sustained conversation. This collaborative, high wire act offers up profound truths in exactly the way the most exciting poems take shape—by leaps of imagination and complete trust in the power of association to bring up riches, songs, and wisdom from the depths."—Lia Purpura

Marvin Bell was Iowa's first poet laureate. One of America's leading poets, he has published more than 20 books of poetry and has received numerous honors, including the Lamont Award from the Academy of American Poets, a National Endowment for the Arts fellowship, and Senior Fulbright appointments to Yugoslavia and Australia. He taught for 40 years at the Iowa Writers’ Workshop, where he was emeritus professor.

Christopher Merrill is the Director of the International Writing Program at the University of Iowa. He has published six collections of poetry, several edited volumes, and five books of nonfiction. He serves on the U.S. National Commission for UNESCO and has conducted cultural diplomacy missions in over thirty countries for the U.S. State Department. In April 2012 President Obama appointed Merrill to the National Council on the Humanities.