The Writing University conducts a series of interviews with writers associated with the University of Iowa through our myriad of creative writing program, and our publishing world on campus. We sit down with authors to ask about their work, their process and their descriptions of home.

This year, we are celebrating the 50th Anniversary of the University of Iowa Press with a special editon of 5Q Interviews of UI Press authors. Happy Birthday UI Press!

Today we are speaking with Chris Gavaler. 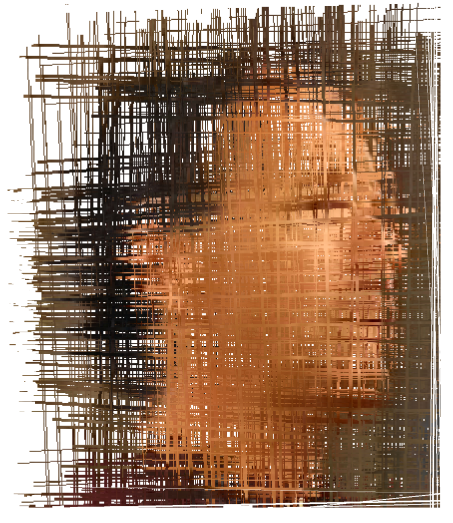 Gavaler is an assistant professor of English at Washington & Lee University. He is author of On the Origin of Superheroes: From the Big Bang to Action Comics No. 1 (University of Iowa Press, 2015) and comics editor of Shenandoah. He's the author of Pretend I'm Not Here, a suspense novel. His fiction has appeared in many literary venues, including Shenandoah, Prairie Schooner, and Black Warrior Review. A playwright, he's a four-time winner of Outstanding Playwright awards from the Pittsburgh New Works Festival.

1. Hi Chris! Do you have a specific project that you will be working on this year?

Several. My wife calls me a promiscuous collaborator, and so I have several co-authored projects in the works: a study on literary genre fiction with a colleague in cognitive science; a book manuscript on narrative revision with a colleague in philosophy of language; an article in quantitative analysis of gender differences in independent comics with a former student; a textbook on creating comics with a co-teacher in studio arts; and a graphic novel with a non-comics artist. I also have my own solo projects, including a book proposal on the comics form I’m waiting to hear back about, and a range of sequential art.

My routine is chaotic and surprisingly undisciplined. I’m often jumping from one thing to the next, especially when there are multiple collaborators involved. I also seem to have an increasingly shorter attention span. But I’m on sabbatical this year, so I have plenty of time to wallow in words. I just make sure I break for a 5K run at some point every day.  That helps with the writing too.

I just finished (yesterday while sitting in the DMV) Jordy Rosenberg’s Confession of the Fox (which my daughter recommended to me and now may end up on my 21 century fiction syllabus). One of my flaws is that I only read for research—or rather reading is primarily pleasurable to me if it has some research function. I’m always reading toward something. I love writing comics reviews for that reason.

4. Tell us about where you are from -- what are some favorite details you would like to share about your home?

Grew up in Pittsburgh, spent a decade in New Jersey, and then followed my wife to Lexington, Virginia where we both teach in the same English department (not how the two-academics marriage plot typically ends).  We’re coping with empty nest syndrome now that our younger child is a first-year in college. It’s a great little town, but I miss pushing my kids on the swings in the parks.

I’m extremely fortunate to have published two books with Iowa. The first was a Cinderella story, since an editor reached out to me to ask if I wanted to adapt my superhero-focused blog into a book. I said yes. Obviously. On the Origin of Superheroes was a fantastic experience. After publishing a second book elsewhere, I happily returned this year for my third, Superhero Thought Experiments—one of those above mentioned collaborations, this with my longest standing collaborator, Nathaniel Goldberg. Again, Iowa has been ideal to work with, beginning to end. I have a fourth book coming out elsewhere, but I hope to return to Iowa again for future projects. Stay tuned.

Thank you so much Chris!