The Writing University conducts is a series of interviews with writers while they are in Iowa City participating in the International Writing Program's fall residency. We sit down with the writers to ask about their work, their process and their descriptions of home.

Today we are speaking with Rasha Khayat, a fiction writer and translator from Germany.

1. Hello Rasha! Do you have a plan or project in mind for your time at the residency?

I am currently in the middle of writing my second novel, so it would be great to get some work done on that while in Iowa. It’s a story about a young woman who leaves her young daughter with her parents to escape her old life. The story is set in Germany’s preeminent industrial-and immigration region, so the story revolves on the one hand around the different mother-daughter-relationships, but also around questions about growing up in a working-class environment as and among immigrants of different origin.
Other than that I hope to get to know the literary life on the Iowa campus as well as the work of my fellow residents to get inspired for new projects.

I have what we call in Germany a "protestant work ethic" when it comes to writing - I get up very early, around 6/ 6:30, have breakfast, go to my local pool, swim for an hour and then back to my desk, around 9:00, and then write, probably till the early afternoon, maybe around 3:30, then take a walk or do something to relax a little. After that, I either do something social with friends or family, or if the time allows, read a little in the evening; this I repeat every day, when I’m deep in the work mode; I function/ write best, when I let my OCD have its way :)
3. What are you currently reading right now? Are you reading for research or pleasure?
I always read a few books at once; at the moment, I am re-reading one of my favourite books by probably my favourite German writer (or one of them): "Alle Tage" ("All those days") by Terezia Mora; I love her style and her skill level when it comes to creating characters; she’s a great role model and inspiration for me as a writer.
Also, I just started another book by a German contemporary writer, it’s fairly new, only came out last year, it’s called "Paula" by Sandra Hoffmann. It’s a blend of fiction and memoir, about a woman exploring her grandmother’s story, so I consider this more of a research read, but a very pleasurable one.
Purely for pleasure I just finished Julian Barnes’ latest novel, "The only story"; I love everything he writes, for me, he can’t do any wrong.
Also, I try and gather a lot of research on the history of the industrial region of the Ruhr, where my novel is set.
4. What is something the readers and writers of Iowa City should know about you and/or your work?
I consider myself first and foremost a reader; I am okay with talking about my own writing, but I feel much happier to talk about other people’s writing, especially when I love their work. For me, there’s nothing greater than having a good conversation about (other people’s) books. It inspires me and I learn so much from reading authors I admire or even newly discover.
As a writer, I am hugely inspired by poetry and music; sound and rhythm are a very important component in my prose, I spend a lot of time reading my work out loud to myself, because I want it to sound good and right; I would create a piece of prose mainly with dark vowels (o and u and a) to reproduce a scene set in a damp snowy street, or try and mimic a loud pop song when describing a party scene. I love doing this, it’s a way to convey atmosphere. I love trying out words and sounds, merging different languages, playing with and pushing the boundaries of grammar.
This probably comes from also being a literary translator. I just love words and sentences; nothing makes me happier than a well-formed sentence with an original thought.
Besides writing and translating, I write a blog about multiculturalism, mainly the Arab/German experience; it started as a hobby, eight years ago, because no traditional media outlet would let me write the stories or essays I wanted to write ("not mainstream enough", they would say), so I set up a blog; now it has grown into my main outlet for political issues such as racism, cultural appropriation etc. Writing about current issues such as racism in Germany from a writer’s / artist’s perspective and being engaged in the community is very important to me personally, being a child of an immigrant myself.
5. Tell us a bit about where you are from -- what are some favorite details you would like to share about your home?
I live in Hamburg, in my opinion the most beautiful city in Germany. I’ve lived here for 15 years now, and it has grown very close to my heart. Hamburg is an old trade city, with a big port and a long standing tradition of cultures drifting in and out of town; the closeness to the sea is what I love most about Hamburg; as well as the port right in the middle of the city. It has such an air of the wide world, yet, Hamburg is less hectic and stressful (some would say "less exciting") than for example Berlin.
I fell in love with the dialect of Hamburg/ northern Germany first, when I was a young child; I would hear it in old German movies my grandmother was very fond of, and I was very curious about the strange, musical sounding dialect, the characters would talk and sometimes sing in. Until this day, I am not fully able to imitate this dialect without making a fool of myself, but I would love to master it at some point in my life :) 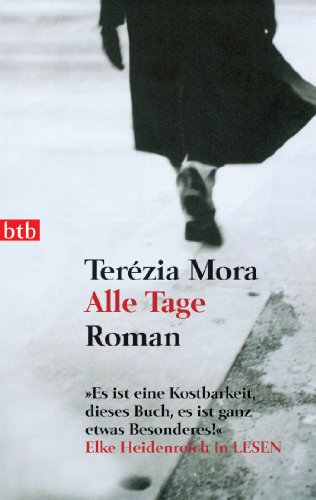 Rasha KHAYAT (fiction writer, translator; Germany) is the author of the novel Weil wir längst woanders sind  [For We Are Elsewhere Now] which has been nominated for the 2016 Klaus Michael Kühne Prize for best first novel, and translated into French and Arabic. A recipient of the Jürgen Ponto Foundation Fellowship, the Robert Bosch Foundation’s Research Fellowship, and the Siegfried-Lenz Fellowship, she also writes for the theater and newspapers, mainly on multiculturalism. Her blog serves as a window into the Arab world for native Germans. She participates courtesy of the Max Kade Foundation.