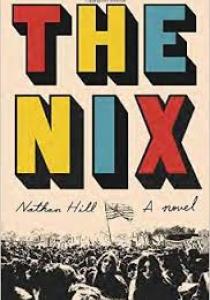 Alexander Maksik is the author of the novels You Deserve Nothing and A Marker to Measure Drift, which was a New York Times Book Review Notable Book. He is the recipient of a 2015 Pushcart Prize, as well as fellowships from the Capote Literary Trust and Yaddo. He is the co-artistic director of the Can Cab Literary Residence in Catalonia, Spain.

Nathan Hill reads from his New York Times bestselling novel, The Nix, which has been named one of fall’s best books by Entertainment Weekly, Harper’s Bazaar, Vogue, and New York Magazine.

"The Nix is a mother-son psychodrama with ghosts and politics, but it’s also a tragicomedy about anger and sanctimony in America. Even the minor characters go to extremes—among them, a Home Ec teacher from Hell and an unrepentant plagiarist with presidential aspirations. For this mother and son, disappointment is ‘the price of hope’—a cost they will both bear. Nathan Hill is a maestro of being terrific.” —John Irving

Nathan Hill’s short fiction has appeared in The Iowa Review, AGNI, The Gettysburg Review, and Fiction, where he was awarded the annual Fiction Prize. A native Iowan, he received a BA in English and Journalism from the University of Iowa and an MFA in Creative Writing from the University of Massachusetts-Amherst. He lives in Naples, Florida.