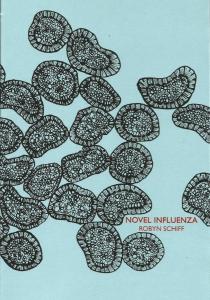 Former faculty and alumna Robyn Schiff and recent Iowa Writers’ Workshop alumna Margaret Ross, have new poetry chapbooks from Catenary Press. Schiff is the author of Revolver and Worth, both from the UI Press. Her work has been represented in several anthologies, including Legitimate Dangers: American Poets of the New Century, Women Poets on Mentorship: Efforts and Affections, and Transatlantic Verse.

She was a featured poet at the 2007 Poetry Society of America Festival of New American Poets, and was recognized with an award from the Greenwall Fund by the Academy of American Poets in 2002. She coedits The Canary and Canarium Books.