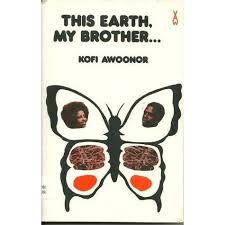 Archive Text: Ghanaian poet and celebrated writer Kofi Awoonor was among the victims killed by terrorists at the Westgate Mall in Nairobi, Kenya. On Monday, October 14 at 11am CDT the International Writing Program live-streamed a memorial reading of his poetry.

The reading, hosted by Awoonor’s nephew, poet and Ida Beam Distinguished Visiting Professor Kwame Dawes, took place in front of a live audience at Shambaugh House, on the University of Iowa campus. Kofi Awoonor was born George Awoonor-Williams in Wheta, Ghana, to Ewe parents. He was a poet, literary critic, and professor of comparative literature, and served as an ambassador for Ghana. Awoonor earned a BA from University College of Ghana, an MA from University College, London, and a PhD in comparative literature from SUNY Stony Brook. He is the author of novels, plays, political essays, literary criticism, and several volumes of poetry, including Rediscovery and Other Poems (1964), Night of My Blood (1971), Ride Me, Memory (1973), The House by the Sea (1978), The Latin American and Caribbean Notebook (1992), and a volume of collected poems, Until the Morning After (1987).

Ghanaian-born Jamaican poet Kwame Dawes is the award-winning author of sixteen books of poetry (most recently, Wheels, 2011) and numerous books of fiction, non-fiction, criticism, and drama. He is the Glenna Luschei Editor of Prairie Schooner, and a Chancellor’s Professor of English at the University of Nebraska. Dawes also teaches in the Pacific MFA Writing program and is series editor of the African Poetry Book Fund, which is set to publish Kofi Awoonor’s latest collection, Promises of Hope: New and Selected Poems, in 2014. Dawes’ book Duppy Conqueror: New and Selected Poems will be published by Copper Canyon in 2013. He visits the University of Iowa as an Ida Beam Distinguished Visiting Professor.