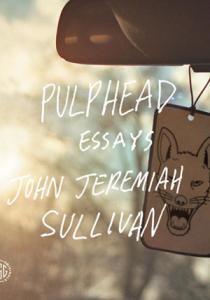 In a reading sponsored by the University of Iowa's Nonfiction Writing Program, John Jeremiah Sullivan — the award-winning young star of the literary nonfiction world — reads from his work. John Jeremiah Sullivan's most recent book, Pulphead, was A New York Times Notable Book for 2011, one of Entertainment Weekly's Top 10 Nonfiction Books of 2011, A Time Magazine Top 10 Nonfiction book of.2011, A Boston Globe Best Nonfiction Book of 2011, and one of Library Journal's Best Books of 2011. The New York Times Book Review called Pulphead the best, and most important, collection of magazine writing since Wallace's A Supposedly Fun Thing I'll Never Do Again... and went on to say that Sullivan's writing is "a bizarrely coherent, novel, and generous pastiche of the biblical, the demotic, the regionally gusty and the erudite."

Time Magazine said that his compulsive honesty and wildly intelligent prose recall the work of American masters of New Journalism like Hunter S. Thompson and Tom Wolfe. John Jeremiah Sullivan is a contributing writer for The New York Times Magazine and the southern editor of The Paris Review. He writes for GQ, Harper's Magazine, and Oxford American, and, in addition to Pulphead, is the author of Blood Horses: Notes of a Sportswriters' Son. He lives in Wilmington, North Carolina.