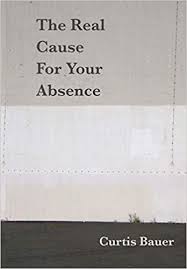 Archive Text: Curtis Bauer reads from his new book of poetry, The Real Cause For Your Absence. “Curtis Bauer is precise about birds, be they crows, chimney swifts, sparrows, swallows, starlings, cardinals, doves, or grackles. Like Robert Frost, he knows the phoebe doesn’t weep, for — like him — he is deeply versed in country things. But Bauer is wide-ranging and doesn’t make a moral distinction between Iowa and New York, any more than he does between America and Spain... He is one of the most tender new poets I know, yet when the subject calls for it, he can be as harsh as necessary, for he is a keen observer, and he is sane, a sane realist with a vivid imagination.” — Gerald Stern.

A native of Iowa, Curtis Bauer has lived in England, Mexico, Spain and the Eastern and Southwest United States. He is the author of Fence Line, winner of the John Ciardi Poetry Prize, and Spanish Sketchbook, as well as translations of José de María Romero Barea and Juan Antonio González Iglesias, He is the publisher and editor of Q Ave Press Chapbooks, and he does editorial work for From the Fishouse, and Vaso Roto Ediciones. He teaches Writing and Comp Lit at Texas Tech University in Lubbock, Texas.