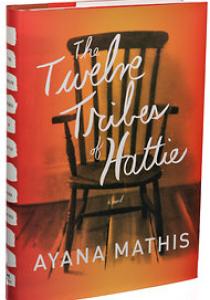 Archive Text: Ayana Mathis reads from her extraordinary first novel, The Twelve Tribes of Hattie. In a sweeping tale that moves forward and backward in time across sixty years in Georgia and Philadelphia, Mathis gives us the story of an unforgettable family—and an indomitable woman—caught in singular moment in American history.

In 1923, fifteen-year-old Hattie Shepherd, hoping for a chance at a better life, flees Georgia and settles in Philadelphia with her twin babies. Instead, she watches helplessly as they succumb to an illness that a few pennies might have prevented. Hattie gives birth to nine more children whom she raises with grit and mettle and not an ounce of the tenderness they crave, fearing a show of tenderness would inadequately prepare them for the calamitous difficulty they are sure to face in their lives.

True to Hattie’s expectations, the Shepherd children confront desolation, poverty, and the coldness and cruelty of their time. Floyd and Franklin battle inner demons in music halls and in the jungles of Vietnam; Bell, ruinously ill, awaits death but discovers salvation from an unexpected source; Alice and Billups wrestle with a secret history that threatens to undo them both; and Ella and Ruthie—one of whom escapes to a brighter life, at a devastating cost—are caught in the vortex of their mother’s deepest passions. Hattie’s children, her tribes, are the children of the Great Migration. Their lives, captured here in twelve distinct and soaring narrative threads, tell the story of a mother’s monumental courage and the journey of a nation.

Ayana Mathis is a graduate of the Iowa Writers’ Workshop and is a recipient of the Michener-Copernicus Fellowship. The Twelve Tribes of Hattie is her first novel. The book was recently picked as Oprah’s Book Club 2.0’s second selection.